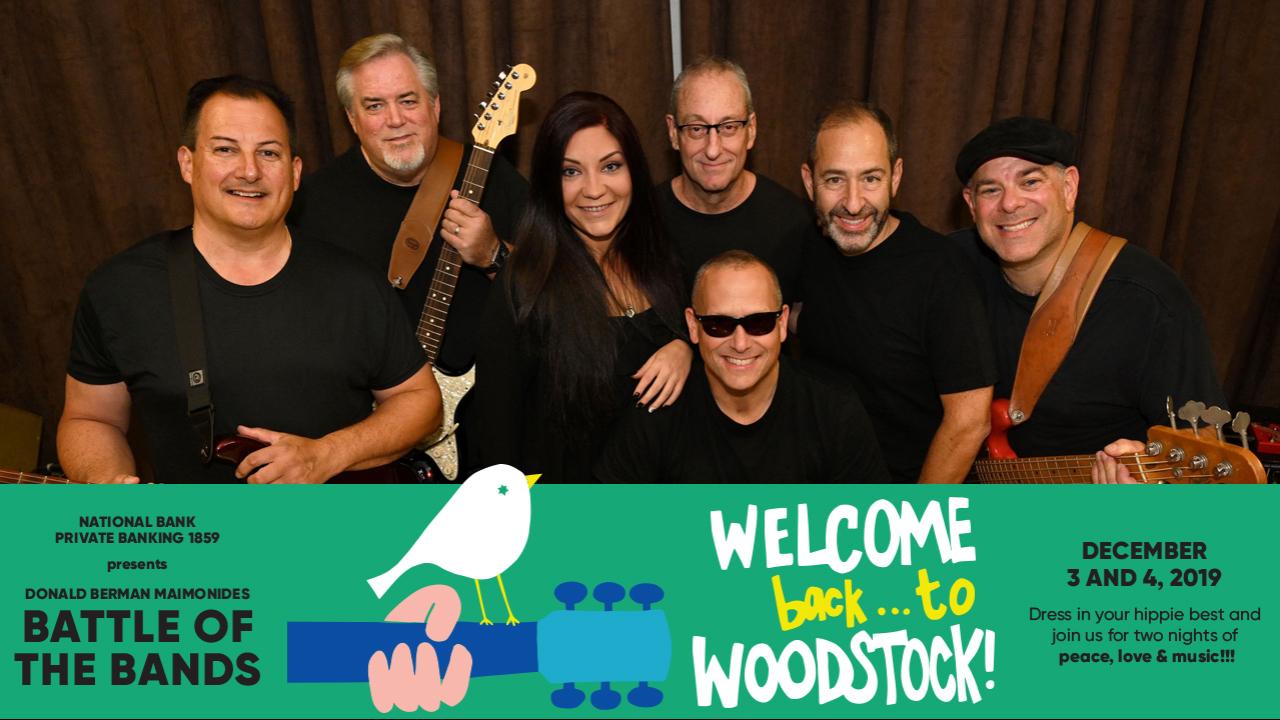 The Sofa Kings are excited to be back for their second year at the Maimonides Battle of the Bands.

New to the Sofa Kings this year are Bassist Robbie Cohen (no stranger to the Battle of the Bands community, having done their videos for many years) and since this past summer, Guitarist Jim Reed and Female Vocalist, Melissa Taylor.

The addition of a Food Broker, an Investment/Financial Security Advisor and an award-winning Karaoke Singer from Windsor was just the kind of chemistry needed to make the magic of Woodstock come alive with the existing eclectic mix of day-gigs already represented in the Sofa Kings (Business Manager for an international chemical distributor, International Business Logistics and Process Optimizer, The co-conspirator of Cakes by Ilana, and a Pediatrician). See if you can figure out who's who?! (hint: Professions are written in the name order of the band members).

The Sofa Kings are looking forward to portraying their version of Joe Cocker and The Grease Band at this year's Woodstock-themed Maimonides Battle of the Bands, and wish to thank their supporters and fans. It should be Sofa King great.